Welcome to Montana’s most luxurious Victorian Mansion where you will experience a turn of the century home in full splendor. When I first entered the home, I was taken aback by the original and timeless grace of antique leaded stained glass windows, exquisite parquet floors, ornate cast iron fireplaces and the breathtaking grand oak staircase.  Guests are sure to enjoy this historic Victorian Mansion without sacrificing modern amenities. They can relax and put their feet up in the Library, plan for their day in the Grand Foyer, enjoy their meals in the beautiful Dining Room, prepared in the amenity-filled kitchen. As I walked through the kitchen to the back staircase, this brought us up to the guest’s quarters, with four spacious bedrooms.  The rooms are beautifully furnished to reflect the style of the early 1900’s, but as I mentioned, with modern amenities.  Mini-Split air conditioners are installed in each room and each including an en suite bath.  A two-bedroom apartment on the 3rd floor has been efficiently designed as a living space for the hosts of the home.  Comfort was not sacrificed with the construction of the apartment as it has a full kitchen, patio overlooking the gardens and a hot tub!

Traditionally known as the Peterson Mansion, built and designed by A.J. Gibson in 1903 for Swedish immigrant and early Missoula pharmacist Gustav Peterson. After living in the mansion for 22 years, the Peterson’s sold the property and seemed to fade away in history.

Missoula carpenter, Ernest Meyer, then transformed the mansion into apartments consisting of 3 studios on the third floor and 2 two bedroom units on the second floor leaving the main floor as a common area for all tenants. Possession changed hands a few more times, and in the early 70’s PHI KAPPA PSI Fraternity took ownership. With numerous “frat parties” the mansion slowly deteriorated and was scheduled to be demolished in 1979 to make way for the new gymnasium at Hellgate High School. Thankfully it was saved from demolition and relocated to its current address and once again inhabited as a private residence. After almost 20 years with limited restoration the owners, while trying to sell, moved out. For 3 years the mansion sat vacant continuing to deteriorate and leaving it in desperate need of love and restoration.

After years of neglect, the current owners took ownership and worked fervidly to restore the timeless beauty that has been their pride of ownership for almost 20 years. Privacy surpasses expectation with the generous secluded gardens, meticulously cared for by the owners, further illustrating their attention to detail with their skillful landscaping. Currently operating as a successful Bed and Breakfast, the Gibson Mansion was named in honor of A.J. Gibson, one of the most noted architects in Montana’s history. The versatile Montana Architect designed over 150 private and public buildings during the late 19th and early 20th centuries including the Daily Mansion, the Missoula County Courthouse and Main Hall at the University of Montana. 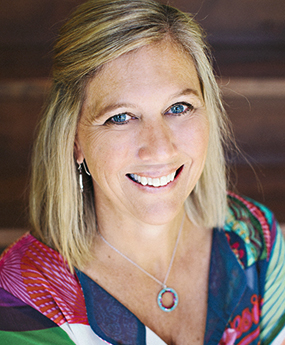